All of these media ppl saying the same thing? hhhmmmmm... 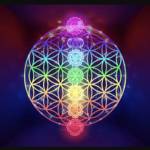 WHO Chief Scientist: "...there’s no evidence right now that healthy children, or healthy adolescents, need boosters. No evidence at all.”

WHO Chief Scientist Dr. Soumya Swaminathan: "...there’s no evidence right now that healthy children, or healthy adolescents, need boosters. No evidence at all.”
Like
Comment
Share
1280

Face masks will no longer be mandatory in public places and schools in England and COVID-19 passports will be dropped for large events as infections level off in large parts of the country, British Prime Minister Boris Johnson said Wednesday.
Like
Comment
Share
1280

Fact for the day: In 1922, two motorcycle enthusiasts, William Lyons and William Walmsley, created the Swallow Sidecar Company. The company began using its initials SS to manufacture motorcycle sidecars and ultimately SS-branded automobiles. In 1934, the company was renamed and rebranded as an auto manufacturer, and began operating under the name SS Cars Limited. Towards the end of World War II, the company changed its name to Jaguar Cars Limited to avoid the association of its initial's SS with Germany's Nazi party's military wing. 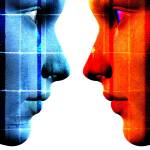 You have poked Cati5